What were the Lamanites who were converted by Aaron and his brothers called after their conversion?

(After their conversion and name change, God quit cursing them.)

And it came to pass that they called their names Anti-Nephi-Lehies; and they were called by this name and were no more called Lamanites ... and the curse of God did no more follow them. Alma 23:16-18 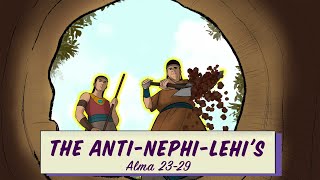